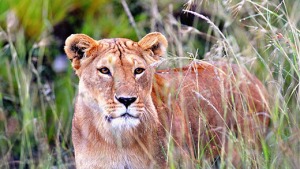 Kenya is proud to be part of the British monarchy’s history, with Queen Elizabeth learning

of her succession to the throne whilst in Aberdare National Park in 1952 and Prince William proposing to Kate on the foothills of Mount Kenya whilst on holiday in 2010.

With opulent accommodation options and Kenya’s longstanding history with the royal family, the country looks forward to one day welcoming the future King George to the destination that is so special to his parents with its stunning landscapes, fascinating culture and spectacular wildlife.

The Princess who arrived in Kenya, and left as a Queen 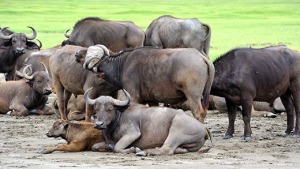 Kenya is proud of its longstanding relationship with the royal family and the country became part of history when in February 1952 a 25-year old Princess Elizabeth was in Kenya when she received news of her father’s death and learnt of her succession to the throne. The young Princess was staying at Treetops Lodge in the Aberdare National Park when she learnt that she was to become Queen. This was just the beginning of a very special royal connection between Kenya and the royal family.

The Aberdares is the third highest range of mountains in Kenya, well known for its thick forests and spectacular waterfalls. The forest is rich in game and large herds of buffalo. Rare species include giant forest hog, Bongo antelope and Colobus monkeys. Night time here is truly spectacular with elephant herds surrounding the waterholes, drinking and then fading away back into the forest.

The Prince who proposed the future Duchess of Cambridge 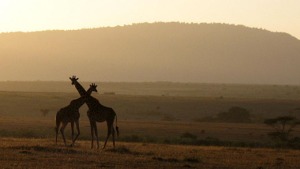 In October 2010, at a beautiful lake-side spot in the Lewa Conservancy on the slopes of Mount Kenya Prince William proposed to Kate Middleton, continuing the royal connection with Kenya. The bride and groom also included a ‘Save the Black Rhino in Kenya’ project among the charities on their wedding gift list. In celebration of the royal engagement, the Kenya Tourism Board handed out 13,000 hand-picked roses from Flamingo Farm in Lake Naivasha to London commuters.

Mount Kenya is Africa’s second highest peak standing at 5,199 metres. The forests around the base of Mount Kenya are rich in game, particularly buffalo and elephants. The area is also known for sightings of black panthers. It is possible to climb slopes of Mount Kenya with some assistance and a trek to the summit can take between 3 and 5 days. Home to the world famous Safaricom Marathon, the Lewa conservancy, north-west of Mount Kenya is the perfect location to spot black rhino with outstanding game viewing.

Lake Naivasha is a beautiful freshwater lake, fringed by thick papyrus, only a short drive from Nairobi. Parts of the shore-line have recorded more than 400 bird species and the Acacia forest teems with birdlife. Lake Naivasha is also famed for its hippo population. The lake and its surrounds are rich in natural bounty, and the fertile soils and water supply have made this one of Kenya’s prime agricultural regions.